Jai Hindley is an Autralian professional cyclist who currently races for BORA - hansgrohe. He is the current reigning champion of the Giro d'Italia after he dramatically put on the pink jersey in the final days in the mountains of the 2022 edition.

Jai Hindley was born on the 5th of May 1996 in the Australian city of Perth and has developed to be one of the peloton's best pure climbers. He is, unlike many of the recent Grand Tour winners, not a superstar in the peloton or a rider which catches media attention throughout the entire year, but under the radar has grown into one of the best stage-racers in the World Tour.

Hindley is part of the wide and successful development ranks of Australian cycling. His salary with BORA - hangrohe currently is believed to be around €500.000 euros and it stands until 2024. In the 2020 Giro d'Italia, Hindley is estimated to have ridden the Piancavallo ascent at 6.38W/Kg for 38 minutes, his FTP is assumed to be around 6.2-6.3W/Kg.

At 20 years of age, Hindley turned pro with the Taiwan-based Attaque Team Gusto where, as an under-23 rider, he began showing his talents as a climber. That year he won the GP Capodarco, finished second in the Irish An Post Ras but most importantly he showed form at the Tour de l'Avenir - the under-23 Tour de France - where he had a strong performance in the mountains and finished fifth in the overall classification, in the year where David Gaudu took the overall win.

In 2017 he moved into Mitchelton Scott, the development team of the current Team BikeExchange - Jayco. A Chinese-based team, however where six of his teammates were compatriots and would go on to join the World Tour later, including the likes of Michael Storer and Lucas Hamilton who developed as very similar riders to Hindley. This was his second year as an under-23 rider, where early in the year he finished second at the Herald Sun Tour behind Damien Howson. He won the Toscana Terra di Ciclismo Eroica stage-race, soon after finishing fourth at the Rhône-Alpes Isère Tour. His breakthrough win came at the under-23 Giro d'Italia soon after where he won the final stage and finished third in the GC.

He only rode to 10th at the Tour de l'Avenir, but compensated towards the end of the season by winning the 2.1 Tour of Fuzhou alongside the queen stage, his first UCI wins. He had proven his worth and in 2018 he signed with Team DSM, who frequently bring up young riders to the top of the cycling world. It was a calm year however, focused on development. He showed talent by finishing 5th at the queen stage of the Tour of California, but lacked any meaningful result in the year, having an 11th at the Innsbruck under-23 Worlds to show for too.

Everything about... Jonas Vingegaard - The new Tour de France superstar

2019 was his first year as a full Elite rider. There, he made his debut in a Grand Tour at the Giro d'Italia where he rode to 35th position. He finished second at the World Tour Tour de Pologne after making it into the winning move on the queen stage, and that was virtually his only result to show for in the season. 2020 saw him win for the first time in the Dutch team's jersey as he won both mountain stages and the overall classification at the early-year Herald Sun Tour. Following the pandemic break he built towards the Giro once again, riding into 13th place at Tirreno-Adriatico, and entering the Corsa Rosa as a domestique for Wilco Kelderman.

Throughout the first week of the race Hindley showed form, and remained inside the Top10 alongside the Dutchman. On stage 15 to Piancavallo Sunweb famously set an incredibly high pace to drop race leader João Almeida, and Hindley led almost the entire climb, making big differences in the overall classification and despite working, climbing from 10th to 3rd position. On stage 18 as INEOS attacked the race, Hindley followed the wheel of Tao Geoghegan Hart and won his first Grand Tour stage at Laghi di Cancano, with both now within touching distance of the new race leader, his teammate Kelderman.

On stage 20 as INEOS and Hart attacked again, Kelderman was dropped and Hindley did not wait. The Australian rode in the wheel until the end, he couldn't take the stage win but jumped into the pink jersey - albeit with 0 seconds separating himself from Hart. In the time-trial he could not defend his jersey, finishing the race in 2nd place. 2021 was a year to consolidate his talent, but he had a complicated run-up to the Giro and ended up abandoning the race on the 14th stage, with little to show for. It was an almost absent season for Hindley, with a mere 7th place at the Tour de Pologne the only result to show for.

2022 hence started with questions over his capacity. He got back to good form however, riding into 5th place at Tirreno-Adriatico, and entering the Giro once again as an outsider. On the first real mountain stage into Blockhaus on the 9th stage however he announced himself as more than that, as he won the sprint from the small group of favourites to take the stage win. On stage 14 BORA raided the race, with Hindley finishing second and climbing from 4th to 2nd spot on the GC. What followed in the final week was a battle with Richard Carapaz, with the mountain stages to Aprca, Lavarone and Santuario di Castelmonte seeing no differences on the road.

Stage 20, into the Passo Fedaia, is where Hindley broke through to greatness. Fearing another 2nd place, he attacked the brutal final ascent into the Alpine pass to drop Carapaz who exploded on the slopes, and he flew into the pink jersey as he dealt unrecoverable damage to the competition, putting 1:28 minutes into his rival and jumping into the pink jersey. In Verona on the next day, he consolidated it.

Read all the latest news about Jai Hindley 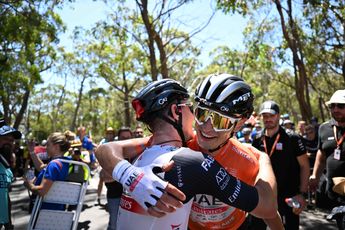 Giving continuation to the Australian summer racing, the Cadel Evans Great Ocean Road Race is one of the most recent addition... 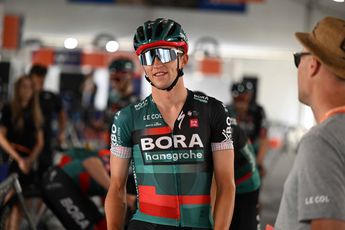 Jai Hindley has been showing good form early in the year at the Tour Down Under, however his goals lie deeper in the future.... 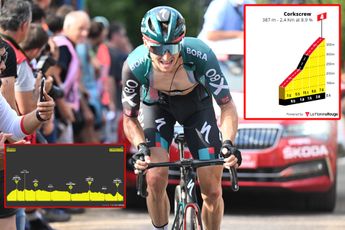 Stage 3 of the Tour Down Under will see a finale in Campbelltown. It is a hilly day that can be very important for the overal... 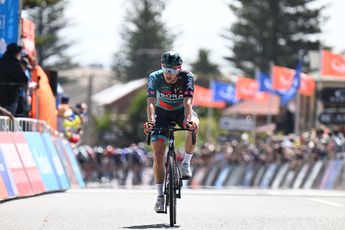 Jai Hindley was on the verge of securing his first victory of the season, but his breakaway companion Rohan Dennis foiled his... 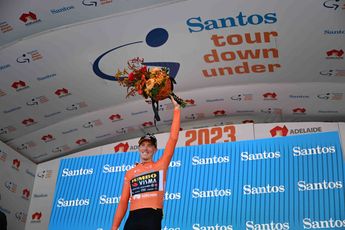 Jumbo Visma rider Rohan Dennis claimed victory in the second stage of the Tour Down Under by breaking away from the pack and... 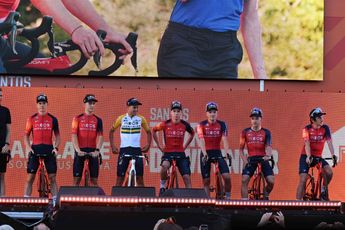 The 2023 season will, some say, begin at the Tour Down Under and both female and male pelotons will travel down to Australia... 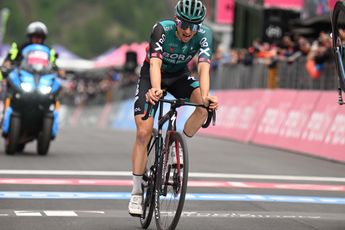 "I think it’ll be quite aggressive racing, so I think we’ll see some fun" - Jai Hindley ahead of Tour Down Under

Jai Hindley is ready to begin his season at the Tour Down Under.In an interview with Cyclingweekly, Hindley disclosed his exp... 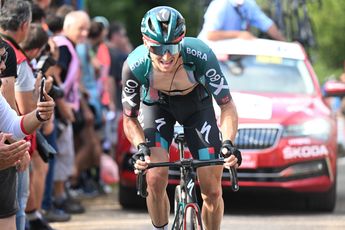 Giro d'Italia's 2022 winner will be starting off his 2023 campaign in his home country of Australia. Jai Hindley returns to t...

BORA - hansgrohe are currently in Mallorca on their first team training camp and from there the plans for the 2023 season are...