Alejandro Valverde has ended his professional career as the sixth rider with the most points in UCI history according to procyclingstats.com. The Murcian has completed an impressive career in which he has accumulated no more and no less than 133 professional victories (including a Vuelta a Espana, innumerable classics, stages in all the greats, monuments and the World Championships).

Born on April 25, 1980 in Las Lumbreras, Murcia, he has combined his professional life with his personal life wonderfully and now that he has retired from it he will be able to dedicate a lot of time to his wife Natalia Mateo and their four children of the. His salary at Movistar Team in the last years of his career has been more than 2 million euros, which has undoubtedly helped him continue in the peloton until he was 42 years old. He has always kept a low profile and has trained in Murcia, a land that he has never left.

He began his professional career in 2002 and, from then until 2022, he managed to be the best rider in the UCI classification four times (2006, 2008, 2014 and 2015) and has accumulated a total of 133 victories with numerous partial victories in the three great laps, a general Vuelta, numerous stage races, Spanish championships, classics of all kinds and, although somewhat late, a gold in the World Championship.

Valverde was gifted for cycling from the beginning of his career. Between the ages of 11 and 13, he won more than 50 races, earning him the nickname El Imbatido. Despite being a junior talent, during his under 23 years he did not obtain too many wins and, despite the fact that he began his amateur career with Banesto (now Movistar Team) he began his professional career in 2002 with Vicente Belda's Kelme-Costa Blanca. In his first professional campaign he did not achieve any victory, although he did have several top-5 that hinted at what was to come.

And it is that in 2003, at the age of 23, he exploded. He achieved his first professional victory in the Tour of the Basque Country, in the third stage between Plencia and Vitoria on April 9, 2003. And he did not stop. He won the Klasika de Primavera a week later and a stage of the Vuelta a Aragón the same month. Then, 2 more wins at the Trofeu Joaquim Agostinho and another win at the GP Villafranca de Ordizia before facing his second Vuelta a España, in which he literally went off the map with 2 partial wins in High Mountain (Port d'Envalira and La Pandera) and a third place in the final general. He finished the year with silver at the World Cup in Canada behind Igor Astarloa. The first of many medals before Innsbruck 2018.

In 2004 he faced his last season at the Kelme and literally came out again as an established star. He got 13 wins (including 3 general classifications in Valencia, Murcia and Burgos) before facing his third Vuelta a España. This time he was unable to make the podium, but he finished fourth and added another stage to his record. In the Verona World Cup he worked perfectly so that Óscar Freire took the Gold and finished seventh. In 2005 he began a relationship with Abarca Sports that he would not abandon until his retirement in 2022. He raced in the then Illes Balears-Caisse d'Epargne and won 5 races before facing his first Tour de France, which he abandoned in stage 13 for a knee problem, but not before winning his first stage at Altiport in an anthological sprint against the then unbeatable Lance Armstrong. In the Madrid World Cup he was unable to beat Tom Boonen in the final sprint and had to settle for second silver from him.

The year 2006 would be his first great classics season of his career, achieving his first victories in the Fleche Wallonne and the Liège-Bastogne-Liège. He had to leave the Tour after the third stage and finished second in the Vuelta a España after winning at Alto de El Morredero. He was just over a minute behind Alexander Vinokourov. In the World Championship, to continue his incredible run of podium finishes, he finished third behind Paolo Bettini and Erik Zabel. In 2007 he was second in the Flèche Wallone and in Liège and was able to finish his first Tour de France. He did it in sixth position after being very solid in the high mountains. In the World Championships he finished 57th, the worst position of his life. In 2008 he won again in Liege, the Paris-Camembert and was third in the Amstel Gold Race. He won the overall Dauphine plus two stages and was champion of Spain on the road for the first time. In the Tour de France he managed to wear yellow after winning the first stage, won another and finished eighth overall. Later, he won his first Clásica de San Sebastián. In the Vuelta he finished fifth and won a stage. He then finished 37th in the Worlds: along with the previous year, the only times he didn't finish in the top 10.

2009 was one of his most important years, winning the generals of Castilla y León, Volta a Catalunya, Dauphiné, Burgos and, above all, the Vuelta a Espana. Something that he always pursued, to be able to win a grand tour. He finished the year being ninth in the World Cup. Operation Puerto does not count his 2010 results and he was not allowed to race in 2011. Thus, he came back in style in 2012 already with the name of Movistar Team in the team. He won a stage in the Tour Down Under, the Vuelta a Andalucía and a stage in the Tour de France ending in Peyragudes. He then completed one of the best Vuelta a España of his career, winning three stages, the points classification and finishing second overall to Alberto Contador after the legendary Fuente Dé stage. He returned to the World Championship podium after finishing third behind Gilbert and Boasson Hagen in Valkenburg.

In 2013 he won the Vuelta a Andalucía again, was eighth in the Tour de France, second in San Sebastián, third in the Vuelta, second in Lombardy and third in the World Championship. In 2014 he returned to take a walk through the Belgian spring classics, but not before winning again in Andalusia, Murcia, the Miguel Indurain Grand Prix, Roma Máxima and being third in Strade Bianche. He won Fleche Wallonne and finished second in Liege. He took the title of champion of Spain time trial and finished fourth in the General of the Tour de France. At the end of the season he won another San Sebastian and was third again in the Vuelta after adding another two stages. To finish, he bronze in the Ponferrada World Cup and second place in Lombardy. In 2015 he won Liège and Flèche Wallone, ​​was second in the Amstel Gold Race and was champion of Spain on the road. He then claimed his coveted Tour de France podium and won a stage at the Vuelta before finishing fifth in the World Championship and fourth in Lombardy.

In 2016 he won the Fleche Wallonne again and rode Giro (one stage and third place in the final), Tour (sixth place in the final) and Vuelta (12th) for the first time. He did not run the World Cup and finished sixth in Lombardy. In 2017 he won Murcia, Andalucía, Catalunya, Flecha Wallona and Liège. He crashed in the prologue of the Tour and said goodbye to the season. In 2018, already 38 years old, he won in Valencia, Abu Dhabi, Catalunya and the Route d'Occitanie before running the Tour to support Nairo Quintana (he finished 14th and brushed the Quimper and Wall of Britain stages). In the Vuelta he finished fifth and won two stages and the green jersey. Then, he finally managed to become world champion after winning in Innsbruck.

The last four seasons of his career he raced with less pressure after having achieved the rainbow. In 2019 he won a stage of the UAE Tour and again Occitanie before taking the Spanish road championship. He finished ninth in the Tour and second in the Vuelta after Primoz Roglic (plus one stage). He was unable to finish the World Cup due to bad weather conditions and ended the year second in Lombardia. In 2020 he was winless for the first time since 2002.

He finished 12th in the Tour, tenth in the Vuelta and eighth in his last classification in a World Championship. In 2021, already 40 years old, he won the GP Miguel Indurain, was third in the Flèche Wallone, fourth in Liège, fifth in the Amstel Gold Race, won a stage in Dauphiné. In the Tour he brushed against the Andorra la Vella stage and had to withdraw from the Vuelta. He won a stage in the Giro de Sicilia and closed the year fifth in Lombardia.

In 2022, his last as a professional, he began the year by winning in Pollenca and a stage and the overall of the Gran Camiño, the last victories of his life. He was second in Strade Bianche, second in the Flecha Wallona, ​​seventh in Liège, 11th in the Giro, 13th in the Vuelta and finished his career with four top 10 finishes in Italy: second in the Coppa Agostini, fourth in the Giro de'll Emilia , third in le Tre Valli Varesine and sixth in Lombardy. In total, 133 victories, almost nothing...

Read all the latest news about Alejandro Valverde 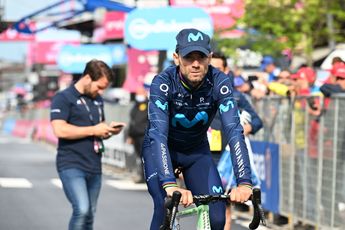 He may have hung up his boots and retired from professional cycling but we haven't seen the last of Alejandro Valverde at Gra... 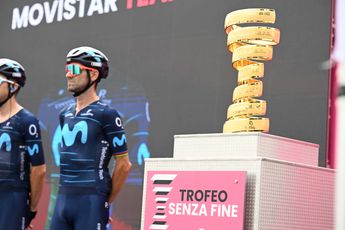 "Anything that you threw at him, he could handle" - Unzué and Movistar look back on partnership with Alejandro Valverde

After large and successful years with Movistar Team, Alejandro Valverde has retired from the pro peloton. The Spanish team ha... 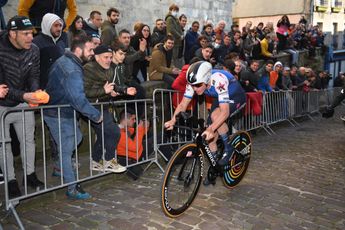 Remco Evenepoel "the best rider in the world at the moment, by a long way" according to Alejandro Valverde

Alejandro Valverde, like many other pro riders, has been in Singapore this weekend racing the Tour de France Singapore Criter... 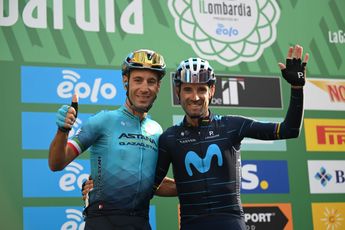 The 2022 season can be termed, for many, the end of an era. With the rise of new generations, packed with riders performing a... 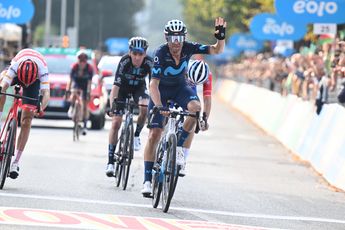 Alejandro Valverde has officially retired from pro cycling. 'Bala', as he is nicknamed in his home country, has put on a stro... 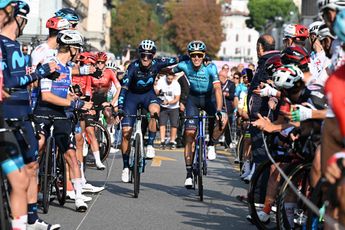 Video: Nibali and Valverde receive roaring tribute at the start of Il Lombardia

Vincenzo Nibali and Alejandro Valverde are between the riders who are celebrating their final race as professional riders thi... 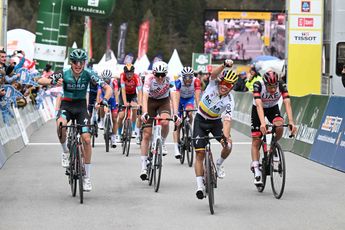 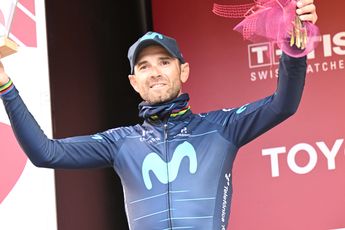 Movistar Team are finding themselves in a rather unusual position this late into the season as they enter an incredibly packe... 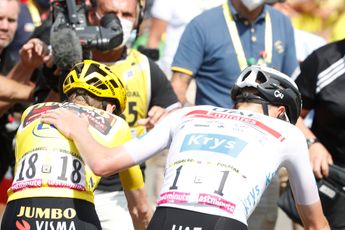 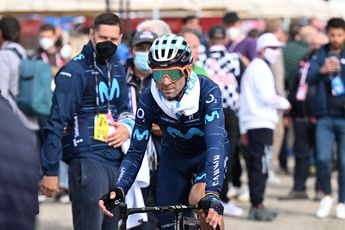 Alejandro Valverde will finish his long career as a pro cyclist at Il Lombardia. The Movistar Team rider has anticipated this...