Lorena Wiebes is a professional cyclist who currently races for Team DSM, who has become one of the most impressive and untouchable sprinters in modern cycling, in the women's field. Despite small, her career has already seen her win the European Championships, Ronde van Drenthe twice, Brugge-De Panne, RideLondon Classique twice and the Simac Ladies Tour. She has taken 23 wins in 2022 including the first stage of the reborn Tour de France Femmes where she was the first yellow jersey.

Lorena Wiebes was born on the 17th of March 1999 in Midjrecht, Netherlands, and has built her impressive ongoing palmarès via sprinting abilities which few can match on the women's peloton. She will ride for Team SD Worx from 2023 onwards with a 3-year contract that reportedly has her salary between €400.000-500.000 euros making her one of the best payed female riders. Public on Strava in several races, she has powered over 1200 watts in bunch sprints. However, she is said to have a peak power of around 1400 watts.

As a junior rider she had shown great talent in 2016 and 2017, winning national and European titles and winning several races which has seen her as one of the most prominent rising talents in the women's field. In 2018, her first year as an under-23 and pro rider, she signed with Parkhotel Valkenburg, quickly showing her talent with a 4th place at the Brugge-De Panne Classic. Her first Elite win didn't take too long to come, in May, as she sprinted to the win at the 7-Dorpenomloop Aalburg. She took 4 wins that year, including a stage and points classification at the BeNe Ladies Tour.

Into 2019 Wiebes stepped up her game and began showing glimpses of the dominance she was to show in future years. She took a win at the Nokere Koerse and finished second at Brugge-De Panne and Gent-Wevelgem, and won stages in several races including the World Tour Tour of Chongming Island, where she won all 3 stages and all 3 classifications. The next month she won both European Games and National Championships beating Marianne Vos directly, propelling her into the very top of the cycling world.

It was a season far from over however, with another win at the BeNe Ladies Tour, Ladies Tour of Norway, 2 at the Boels Ladies Tour and the victory at the RideLondon Classique. Heading into 2020 Wiebes was already a top sprinter in the peloton. In 2020 she would only stay with the Dutch team until the 30th of May, signing with Team DSM for the second half of the season.

In her final months however she still rode into a win on 1 of her 2 race days at the Omloop van het Hageland. Returning after the Covid-19 break she took three wins including the Brugge-De Panne classic and the opening stage at the Ceratizit Challenge by La Vuelta. In 2021 Wiebes won the Scheldeprijs, the Ronde van Drenthe, and stages at the Ceratizit Festival Elsy Jacobs, Internationale LTTO Thüringen Ladies Tour, Lotto Belgium Tour, Giro d'Italia and the Women's Tour.

In 2022 however Wiebes took her sprinting abilities to a whole other level. This year she won the GC at both RideLondon Classique and Simac Ladies Tour, both World Tour races. Wiebes has become European Champion aswell but these results came as a culmination of a whole 23 wins spread throughout the year, in which she was rarely ever contested in a sprint. Wiebes was the winner of the first stage of the returning Tour de France Femmes and wore the yellow jersey on the Champs-Élysées aswell as a season highlight.

Furthermore she won the Ronde van Drenthe, Nokere Koerse, Scheldeprijs and Binche - Chimay - Binche, besides winning 3 stages at the RideLondon Classique and Women's Tour respectively, 2 at the Simac Ladies Tour and 4 at the Baloise Ladies Tour, with other wins aswell spread throughout the year. These results would see her finish the season as the second rider with the most UCI points, only behind Annemiek van Vleuten who won all three Grand Tours and World Championships. Wiebes has signed a three-year contract with Team SD Worx which will begin in the 2023 season.

Read all the latest news about Lorena Wiebes 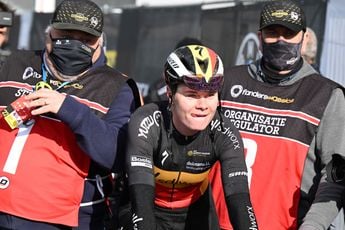 Team SD Worx have had a strong season and are perhaps the team with most depth in the women's peloton, but they're gaining an... 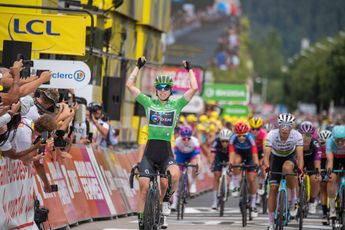 Lorena Wiebes is a professional cyclist who currently races for Team DSM, who has become one of the most impressive and untou... 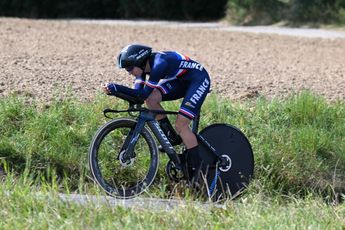 Juliette Labous "not so worried" about Wiebes and Lippert's departure from Sunweb, takes up leading position

Juliette Labous is ready to take on the next season. After Lorena Wiebes and Liane Lippert leave, she will assume the role of... 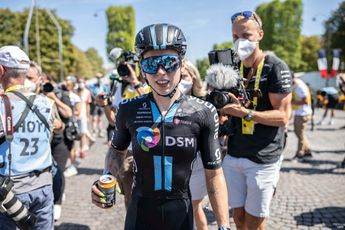 Lorena Wiebes has very quickly ridden into to the top of the cycling world, and could almost unanimously be agreed to be the... 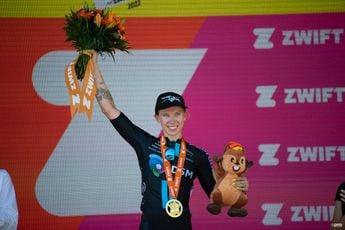 Could Lorena Wiebes soon become a permanent member of the Cyclocross circuit? As arguably the fastest sprinter in the women's...

Lorena Wiebes to return to Cyclocross at Superprestigecross in Niel

23-year-old Lorena Wiebes, one of the fastest sprinters in the women's peloton, is to return to the world of Cyclocross this...

Lorena Wiebes gifts one last win to DSM before parting ways - "To win in this jersey, in my last race for Team DSM... I'm very happy,"

Lorena Wiebes rode to her 23rd victory of the season in Binche-Chimay-Binch pour Dames on Tuesday. It was the last time she r...

Lorena Wiebes has had a storming 2022 season and today at Binche - Chimay - Binche she took yet another triumph, bringing her...

Lorena Wiebes: "I’m really proud to take the GC win after all of the amazing work, we had no stress during the race"

Mischa Bredewold has won the sixth and final stage of the Simac Ladies tour. She was the fastest in the bunch and crossed the...