Mark Cavendish is a professional cyclist currently racing for Quick-Step Alpha Vinyl Team and is one of the most successful sprinters of all time. He is best known for his 34 wins at the Tour de France and his long-standing goal to beat Eddy Merckx' tally, but has also won 16 stages at the Giro d'Italia, become World Champion in 2011, won Milano-Sanremo in 2009 and carries a palmarès with over 150 wins.

Mark Cavendish was born on the 21st of May 1985 in Douglas, Isle of Man, Great Britain. He has had a long career on the road which has seen him become one of the most famous and successful sprinters in the history of cycling, which he has spread throughout three different decades and several teams.

Besides the road, Cavendish is also an accomplished Track rider with 3 World titles in the Madison together with Rob Hayles and Bradley Wiggins respectively. His salary with Quick-Step was of €2.4 million euros. He has said in the past day his maximum power output was of 1580 watts. Cavendish is married to model Peta Todd and the couple have three children.

The Manxman turned pro in 2005 with the Team Sparkasse where he has taken his first steps in the professional world - albeit still an under-23 rider. That year he had his first pro win at the Tour de Berlin as a 20-year old, this in a time where riders of that age were rarely ever more than just domestiques. In 2006 he had quite a lot of success for the German team, winning stages at the Thüringen-Rundfahrt, Tour de Berlin and the Course Cycliste de Solidarnosc, which have seen him signed as a stagiaire for the T-Mobile Team which was one of the world's best teams. Although he did not win, he won the points classification at the Tour of Britain and was an obvious rider to sign.

From 2007 to 2011 he became one of the faces of the T-Mobile Team, later being termed Team Columbia and Team HTC - High Road. In his first season he won Scheldeprijs, two stages at the 4 Jours du Dunkerque and Volta a Catalunya, at the Star Elektrotoer, Post Danmark Rundt, Eneco Tour, Tour of Britain and Circuit Franco-Belge, setting himself as one of the world's fastest sprinters very quickly. Although he abandoned early, he also made his debut at the Tour de France, taking experience he would profit from a lot later in his career.

Everything about... Remco Evenepoel - Belgium's near cycling superstar

In 2008 he made his debut at the Giro d'Italia after winning stages at the Driedaagse De Panne-Koksijde, Tour de Romandie and Scheldeprijs, and it was a successful run as Cavendish won stages 4 and 13, bunch sprints where he specialized in. He would begin the Tour de France soon after, winning a total of 4 stages, his first a sprint into Châtearoux, where he began building a legacy. He would go on to win six further stages later in the season at the Tour of Ireland and Tour of Missouri.

In 2009 Cavendish had already settled into a man-to-beat position in the peloton. His victory at Milano-Sanremo came as a huge career achievement, winning his first - and only - monument on his first attempt. Over the spring Cavendish took 8 wins, at the Giro d'Italia he won two stages, then followed that up with two more at the Tour de Suisse, and at the Tour de France he won no less than 6 stages, something which has become virtually impossible in modern cycling. Despite this, he didn't win the points classification, but added 4 more wins until the end of the year.

In 2010 Cavendish decided not to race the Giro, taking wins at the Volta a Catalunya, Tour de Romandie and Tour of California before returning to the Tour. It was a less dominant year up to there, but at the Tour he once again benefited from the high quantity of flat stages and very strong leadout to add another 5 stages to his tally. Cavendish then made his debut at the Vuelta a Espana, where he finished the race with 3 more stage wins in his pocket.

In 2011 he returned to the Giro d'Italia to race the opening half of the race, taking two wins before another stint at the Tour de France where he won five stages and the wore the green jersey into Paris. Later in the year he conquered another one of his career's biggest achievements, as he became World Champion in Copenhagen in a World Championships course that benefited the pure sprinters, where he beat Matthew Goss and long-term rival André Greipel to the win.

In 2012 he signed with the British Team Sky, where he had several wins in the early season, and 3 at the Giro d'Italia. He rode the Tour, in which the team famously dominated and began half a decade of dominance in the Grand Tours, and he had to help the team achieve that goal, however he himself managed to take three stage wins, including the finale in Paris. He won 4 more stages throughout the rest of the year.

In 2013 he quickly moved away, joining Omega Pharma - Quick-Step, a team which has historically always put a lot of focus onto the sprints, which remains the case until today. He won the Tour of Qatar alongside 4 stages famously, and scored a couple more wins before riding the Giro d'Italia where he won the first stage and put on the pink jersey. Here, Cavendish won 5 stages and the points classification, followed by the British national title, and 2 more stages at the Tour de France.

In 2014 he continued his winning ways, however he aimed at the Tour de France which had it's Grand Depart in Great Britain with a first stage suiting the sprinters. He was in contention for the win, but a crash almost in sight of the line - caused by a collision with Simon Gerrans - saw him abandon the race the next morning. In 2015 he had won 12 stages up until the Tour de France, where he added 1 more win to his big tally. Cavendish then left the Belgian team at the end of the season, joining South African Team Dimension in 2016 where he looked to rebuild the leadout that has seen him succeed several years ago with Mark Renshaw and Bernhard Eisel.

He did manage to keep his flow going, winning several stages throughout the year and taking 4 wins at the Tour de France to begin closing in on the record of Eddy Merkcx who had 34 wins in the race. Cavendish came very close to a second rainbow jersey later in the year, finishing in second place in Doha, Qatar, behind only Peter Sagan. In 2017 he was diagnosed with mononucleosis in April, but returned to the Tour de France, where he abandoned following the 4th stage after crashing in another bunch sprint after clashing this time with Peter Sagan. He won only once this year, starting a slow decline in his career.

In 2018 the scenario was equal, as he won early in the year at the Dubai Tour but never again. His stint at the Tour de France saw him arrive out of the time limit on the 11th stage, and he finished his season soon after. In 2019 the situation became even more complicated as Cavendish failed to win throughout the year, and was also absent from all Grand Tours as he failed to show the form necessary to compete over mountainous terrain.

In 2020 Bahrain - McLaren took the risk in signing Cavendish, keeping him in the World Tour on a one-year contract. It was an unexpected move, but also one that didn't prove to be successful, as he did not take part in any Grand Tour and could not manage to crack the Top10 on any occasion throughout the year. The chances of breaking Eddy Merckx' record at the Tour de France seemed to be over, and his career was too. Hence it came as a big surprise that Cavendish was signed by Quick-Step Alpha Vinyl Team in 2021, the one team who could bring him back to his best level.

With Fabio Jakobsen recovering from his injuries and uncertain to continue his career, Cavendish was a last-minute addition to fill in the space. He has shown speed, and at the Tour of Turkey he returned to his winning ways, winning on 4 occasions. He then took another triumph at the Baloise Belgium Tour. Cavendish returned to the Tour as the leader of Quick-Step in the sprints, and won 4 more stages which had him equal Merckx' record of 34 wins.

In 2022 he renewed with Quick-Step, a move that was not initially planned, but saw Cavendish continue with the Belgian team. He took a win at the now-flat Milano-Torino race, and a stage win at the Giro d'Italia where he was given the role of leading the team in the sprints. He won the national championships in anticipation of being selected to the Tour de France but the spot was filled by Fabio Jakobsen. Cavendish has been heavily rumoured to be joining B&B Hotels-KTM at the end of the season.

Read all the latest news about Mark Cavendish 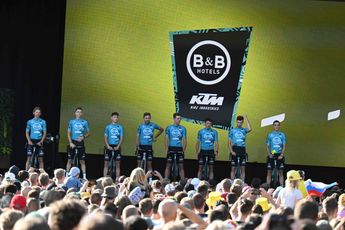 Amidst a cloud of uncertainty, B&B Hotels - KTM have reportedly been given an extended deadline to provide the required docum... 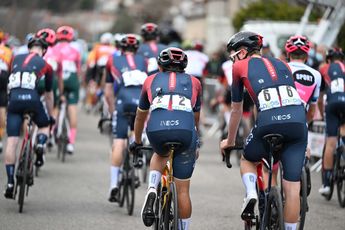 According to journalist Elliott Bureau, Axel Laurance could be the latest name set to join the INEOS Grenadiers.The 21-year-o... 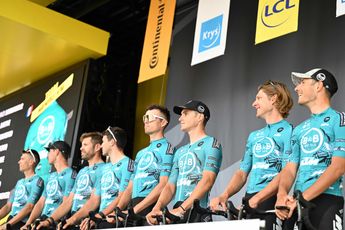 Cavendish, Bol and many more authorized to look for contracts elsewhere, B&B Hotels-KTM on the verge of collapse

With no positive news emerging from the B&B Hotels-KTM camp, the expectations and hopes of the team taking to the road in 202... 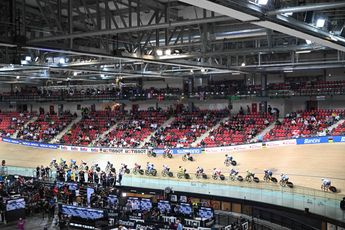 Iljo Keisse has early in October retired from road racing, and at the Six Days of Gent he's said his goodbyes from track raci... 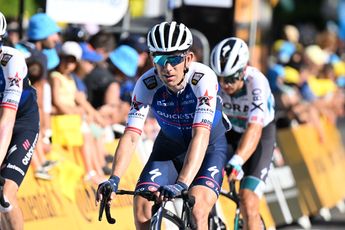 By many's standards, Michael Morkov is just about the most successful leadout man in the current peloton. In 2022 new faces a... 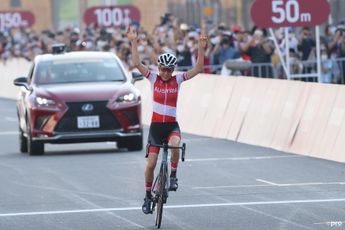 The reigning Olympic Champion from the women's road race event in Tokyo, Anna Kiesenhofer has been linked to a return to full... 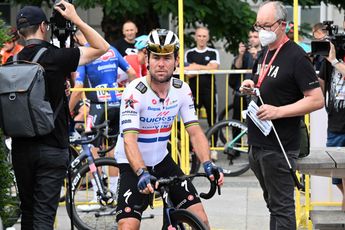 "If he didn’t believe in our project, he would have signed elsewhere" - Jerôme Pineau finally admits Cavendish signing

B&B Hotels-KTM are currently in serious trouble, and Jerôme Pineau has finally admitted that Mark Cavendish is lined up to en... 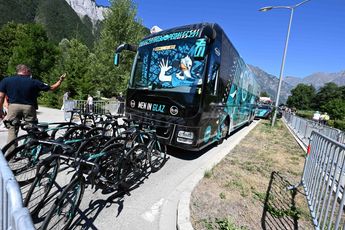 With B&B Hotels - KTM nearing their deadline to announce a new sponsorship and complete their UCI registration, the team's It... 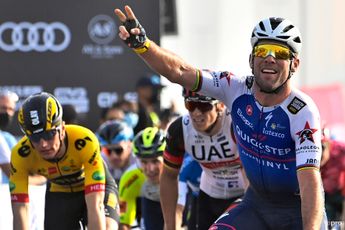 Mark Cavendish is a professional cyclist currently racing for Quick-Step Alpha Vinyl Team and is one of the most successful s...

"A lot of riders and staff could find themselves unemployed, without a team" - Cavendish and B&B Hotels in deep trouble as financial issues still unresolved

B&B Hotels-KTM seemed to be on the way to a massive improvement into 2023, but that is all but assured at the time being. Wit...