Fem van Empel is a 20-year old Cyclocross specialist and is one of the most promising talents the discipline has seen in recent years. A rider for Pauwels Sauzen - Bingoal, she is in the 2022-2023 season becoming one of the most dominant figures in the sport.

Fem van Empel was born on the 3rd of September 2022 in 's-Hertogenbosch, Netherlands. Despite being only 20 years of age, she is already one of the biggest protagonists within the Cyclocross World. Van Empel currently rides for Pauwels Sauzen - Bingoal.

As a junior she had shown talent already, namely placing within the Top15 of the Elite Waaslandcross Sint-Niklaas where at a recent 17 years of age she caught the attention of many. Van Empel was signed for the 2020-2021 season by Pauwels Sauzen - Bingoal, her first year as an under-23 rider. As she had promised, it was a very successful season, with her first pro win coinciding with a World title, one she has conquered in the 31st of January 2020 in Oostende, where she beat compatriot Aniek van Alphen and Kata Blanka Vas to take on the rainbow stripes.

Despite being her first year as an under-23, she only rode two events at the level, with the other being the European Championships where she finished in sixth position. It was a season that served to gather important experience, with a few Top5 results achieved in Kortrijk, Dendermonde, Baal, Hamme, Brussels and the Waaslandcross. That season she has finished in 6th position in the X20 Badkamers Trofee and 11th in the World Cup, despite being only 18 years of age.

Before the start of the 2021-2022 season she turne 19 years old, and experienced an even more successful season. Again she only raced the World and European championships with the under-23's, bringing home a bronze medal on both occasions. In Val di Sole, she has made history by becoming the youngest ever World Cup race winner since Marianne Vos in 2004, as she beat Vos herself in the snow-packed circuit.

Everything about... Lucinda Brand - The conqueror of 2020's cyclocross

Her run of success would not end there, as van Empel rode to a second World Cup win just weeks later in Flamanville, this time beating Puck Pieterse and Kata Blanka Vas to make for the youngest ever World Cup podium at Elite level, with the two Dutch riders being 19 years old and the Hungarian being only 20. Alongside consistent performances, these results have seen van Empel ride into fourth position on the final World Cup standings. She more frequently appeared in the Top5 of races, however finished outside of the Top10 in the Superprestige and X20 Badkamers as she put her focus elsewhere.

The 2022-2023 season is likely to be her last year as an under-23 rider, however that has not stopped her from being the most dominant figure in the opening weeks of the season. Wins at the opening Polderscross and Exact Cross Beringen have seen her on an extremely high level, capable of beating Lucinda Brand who had ruled over most of the past season. In the Exact Cross Meulebeke - Berencross Brand took the sprint win, but the battle would go on into the USA and the first World Cup rounds.

In Waterloo van Empel took her third career win in the World Cup, beating Ceylin del Carmen Alvarado and Lucinda Brand in a very fast race. The following week, she has reconsolidated her lead as she withstood the attacks of Brand and Annemarie Worst to win in Fayetteville. As of mid-October 2022 she is at the lead of the World Cup with two out of two wins, and has won four out of her first five races in the season.

She is not a seasoned road cycling pro, but has shown her talent aswell, specially with a third place at the under-23 European Championships which took place in Anadia, Portugal. Van Empel has signed a two-year contract with Jumbo-Visma all the way into 2024 which will see her as a teammate of Marianne Vos and likely to have a larger calendar on the road.

Read all the latest news about Fem van Empel 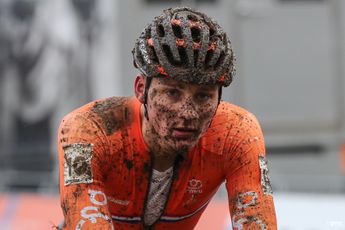 The KNWU has announced its selection for the UCI World Cup Antwerpen. Mathieu van der Poel will lead the men's team. Fem van... 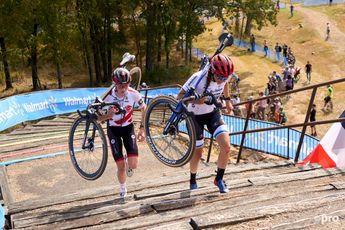 Fem van Empel: "For the win it was done, but I'm happy with my second place"

Fem van Empel had to be content with second place at the UCI World Cup Hulst. In the race, she lost 40 seconds to Puck Pieter... 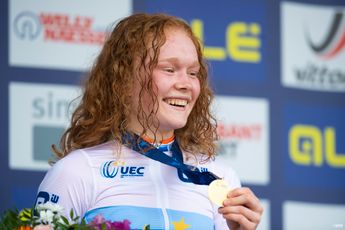 Puck Pieterse admits Fem van Empel's crash helped her win - "I was a bit lucky. Otherwise, it would have been a big fight for the win"

Puck Pieterse continues her streak of victories with the World Cup in Hulst. She beat Fem van Empel by a margin of 40 seconds... 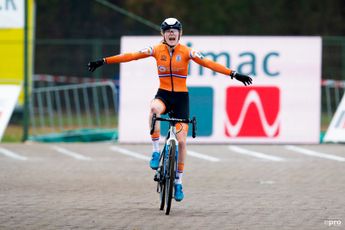 Puck Pieterse  has won the UCI World Cup Hulst. She beat Fem van Empel to secure her fourth victory of the season.Puck Pieter... 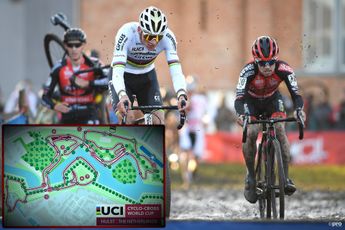 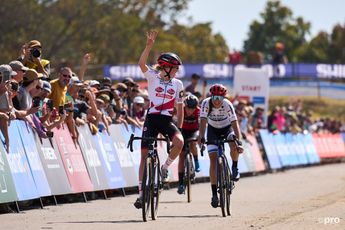 Fem van Empel: " Puck rode around really strong today. I had no answer to her"

Despite her best efforts, Fem van Empel finished second in the World Cup Overijse. She could not compete with Puck Pieterse,...

It is a big day for Puck Pieterse. She recorded her first World Cup victory in Overijse. She took the lead in the first lap a...

In the UCI World Cup Overijse, Puck Pieterse won his first title. In the first lap, she took off and gradually increased dis... 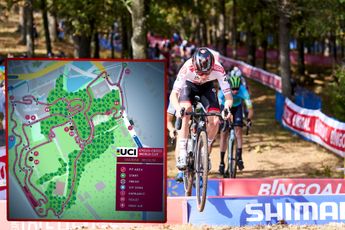 "The moment we doubt, Shirin comes with a lot of speed" - How Fem van Empel's winning streak was ended

Fem van Empel has been riding a breakthrough season to tremendous success. She's been virtually unbeatable this year, however...