Demi Vollering is a professional cyclist currently racing for Team SD Worx. A classics rider and climber by specialist, she has become one of the most versatile and powerful riders in the peloton, consistently performing in the races that feature ascents. In her palmarès feature races such as La Course By Le Tour de France, Liège-Bastogne-Liège, the Women's Tour and Itzulia Women.

Demi Vollering was born on the 15th of November 1996 and has established herself as one of the best climbers and classics riders in the women's peloton. Part of an incredibly prestigious Dutch field, Vollering is one of the new faces of an upcoming generation. Vollering currently has a contract with Team SD Worx until 2024. It is estimated that at La Planche des Belles Filles at the Tour de France Femmes 2022, she averaged 5.33W/kg for 24 minutes. It could further be estimated that her FTP would be around 5-5.1W/Kg.

Vollering began her professional career in 2018 with the SwaboLadies.nl team in which she took her first steps closing in on wins in the pro peloton, finishing second at the Tour of Uppsala's final stage, and finishing four times inside the Top10 of stages at the Tour Cycliste Féminin International de l'Ardèche. Vollering was signed by Parkhotel Valkenburg in 2019 and was an immedia success finishing 7th at Amstel Gold Race, 5th at Flèche Wallone and 3rd at Liège-Bastogne-Liège. The month after she took her first pro win at the Festival Elsy Jacobs where he finished second - with a 5th place at the Women's Tour right after.

Later in the season she would prove her talent further in the hilly terrain, finishing 5th at the GP de Plouay and winning the Giro dell'Emilia ahead of Elisa Longo Borghini. So, in 2020, she was was one to watch in the peloton at the very biggest races. This year saw her finish on the podium of the podium of the Volta Comunidad Valenciana, La Course by Le Tour de France and Flèche Wallone, aswell as also performing in the late-season cobbled classics, revealing further talent.

In 2021 however Vollering broke through as she joined Team SD Worx. She finished second at both Brabantse Pijl and Amstel Gold Race, after 5th at the Tour des Flandres and 6th at Strade Bianche. She concluded her spring classics campaign with a win at Liège-Bastogne-Liège beating an elite group of riders in the final sprint. Vollering then finished 3rd at the Vuelta a Burgos, but struck gold once again with a win at La Course by Le Tour de France where she once again took advantage of her explosivity to win in the hilly finale into Landerneau.

Everything about... Elisa Longo Borghini - Roubaix's queen and classics expert

Vollering then rode to 3rd at the Giro d'Italia, 5th at the Simac Ladies Tour, 3rd at time-trial European Championships and 5th in the Road Race aswell as 7th in the World Championships, and conquered the Women's Tour late in the year where she also won the decisive time-trial in dominating fashion. The spring of 2022 was not too different with a win at Brabantse Pijl, and podium finishes at Omloop Het Nieuwsblad, Amstel Gold Race Flèche Wallone and Liège-Bastogne-Liége.

The consistency and level were there, but she backed those up by winning all three stages and overall classification at Itzulia Women soon after. She won the queen stage and finished 3rd at the Vuelta a Burgos aswell in Spain. As the Tour de France Femmes returned Vollering was one of the contenders to the win, but there was little she could do to match Annemiek van Vleuten in the high-mountain stages. Nevertheless she rode to second in the overall classification, aswell as finishing runner-up in both final stages. She finished 3rd at the Ceratizit Challenge by La Vuelta, another strong resut to her season.

Read all the latest news about Demi Vollering 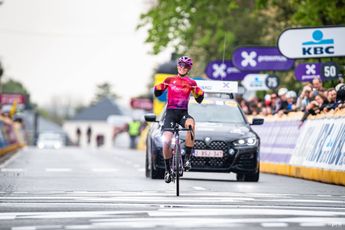 Demi Vollering is a professional cyclist currently racing for Team SD Worx. A classics rider and climber by specialist, she h...

Team SD Worx conquers UCI rankings yet again - "To prove it, again and again, is a huge challenge"

SD Worx is the most dominant women's team in the world. The team has maintained top ranking consistently in the last six seas...

“I want to do everything” - Demi Vollering confident ahead of 2023

Team SD Worx's Demi Vollering has been looking forward to the upcoming 2023 season and after finishing 2nd at the 2022 Tour d...

Demi Vollering settles for third place in Tour de Romandie Feminin - "When you haven't sprinted for a while, that feeling is less there," 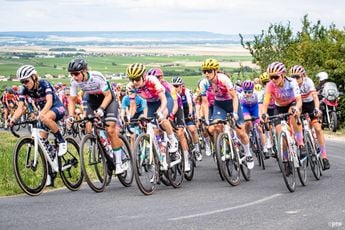 Movistar rider Arlenis Sierra has won the opening stage of the Tour de Romandie Feminin. She was the fastest in the final spr... 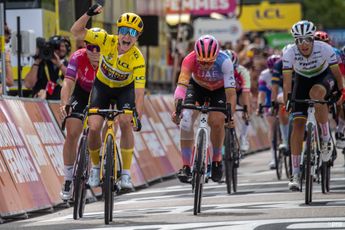 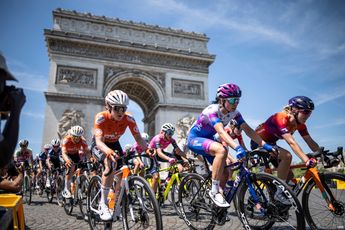 "This is the culmination of an incredible year," - Silvia Persico takes her first victory in WorldTour event

It is a big day for Silvia Persico, She won her first victory at the WorldTour event, winning the fourth stage of the Ceratiz... 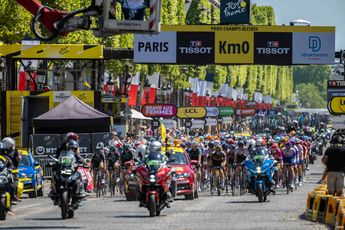